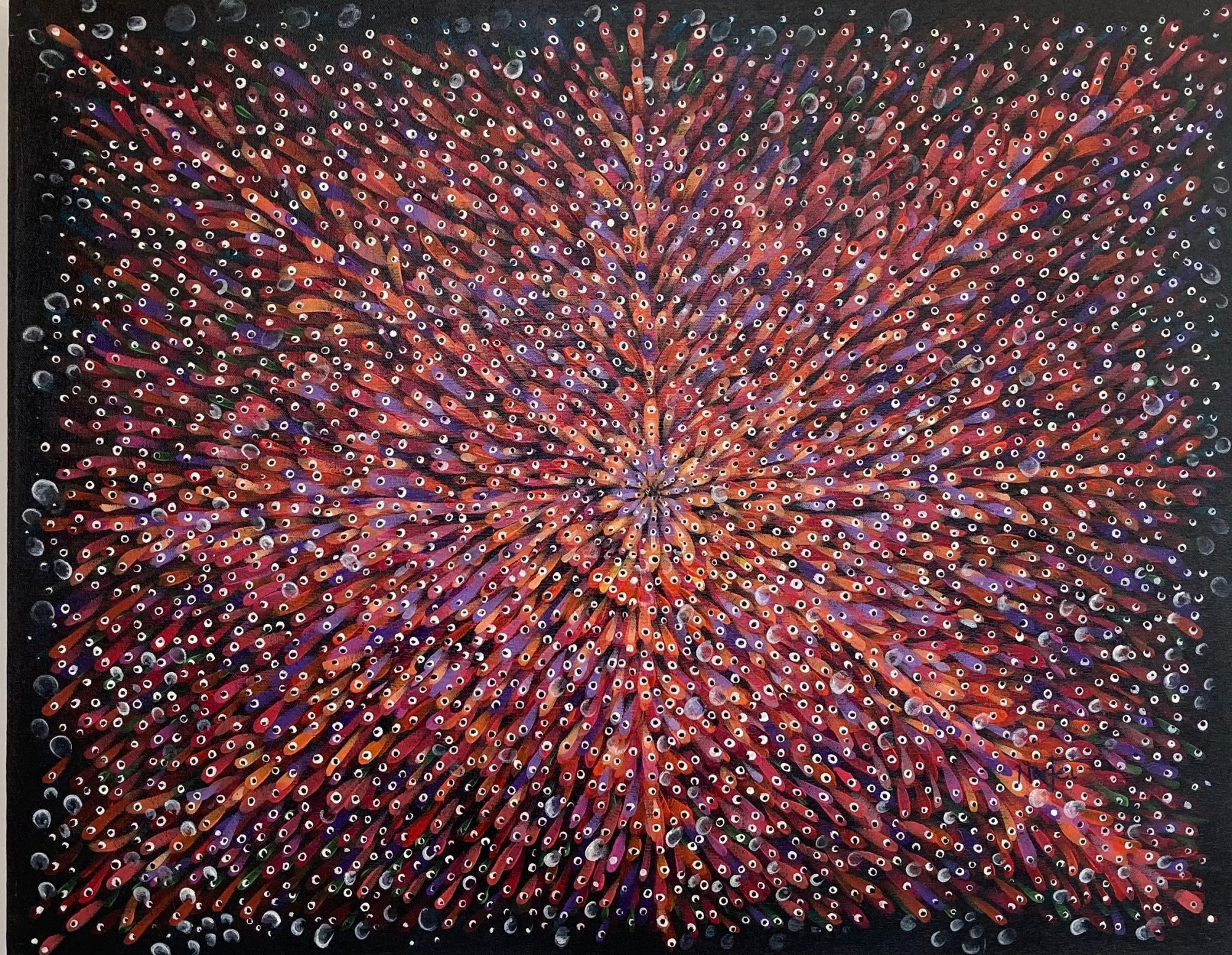 Frank Nortei Nortey is a seasoned artist in the artistic and educational arenas. A native of Ghana, now residing in the United States, Nortey describes his works as employing variations of eccentric lines, figures and somewhat raw color as the stimulus to motivate the viewers field of interest and move their eyes along the surface of the canvas.  As a child, Nortey was clearly creative! He found himself sketching on anything with charcoal. Nortey’s parents were incredibly supportive in his educational pursuit of studio art. After completing Junior High, Nortey advanced to Ghanatta College of Art, where he studied painting and graphic design. Nortey acquired in-depth knowledge of the inventive designs that formed his artistic vision. As an artist, Nortey creates what he feels, thinks and sees in the world around him, garnering extraordinary reactions from his admirers. Frank pours a lot of himself onto the canvas and what you see is a very small glimpse into his reality. Vibrant colors and design fuse together to become significant elements in his work. Nortely works in a variety of media including acrylics, oil, pastel, charcoal and mixed media collages. Nortey has exhibited his work across West Africa and the USA. What he masters today, what will be history tomorrow.