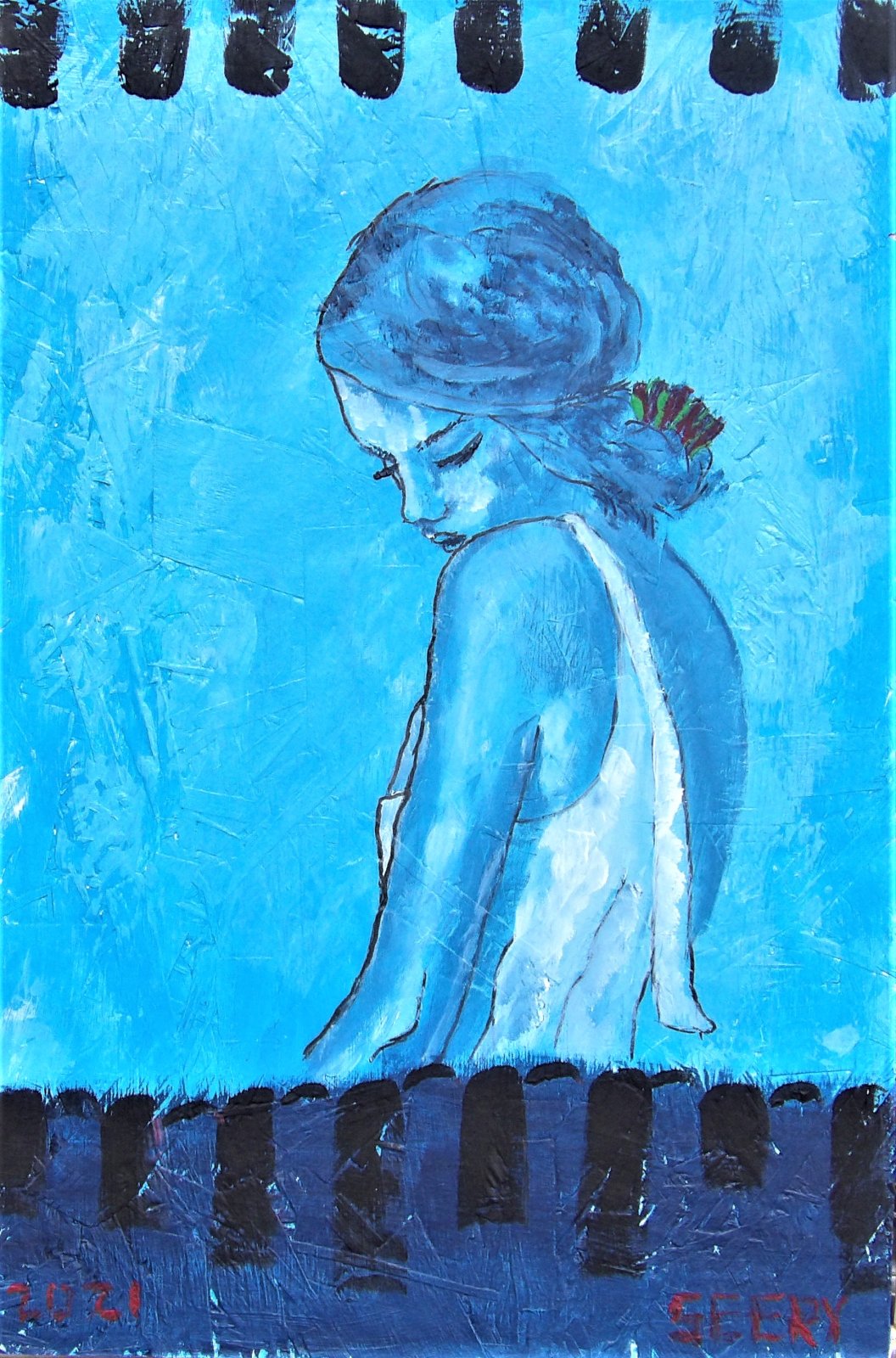 I began my journey as an artist at the age of 20, almost 50 years ago. When I started, I could not make a good stick figure. I had no discernible talent other than a love for the great painters. I picked up a box of dry markers and poster board and began to paint scenes from my imagination. I spent hundreds of hours, maybe more, in trying to create something beautiful. But every time I looked at the art magazines I would give up in despair. A few months later the paint called to me and I started again. I took classes and became interested in water colors. I joined a water color group in Chicago led by Patricia Otto and produced many paintings in that medium. I then studied with Chicago portrait artist Grace Cole and learned to paint in oil and acrylic and to render a likeness. Later I began to paint with oil pastels and developed my own technique. Now I principally paint in acrylic and/or oil pastel. I have a restless spirit and want to paint everything. And I paint with passion. My mantra in painting is follow the paint. So I start by putting down some paint.